August 2011 – The Heavyweight of the Leo Triplet 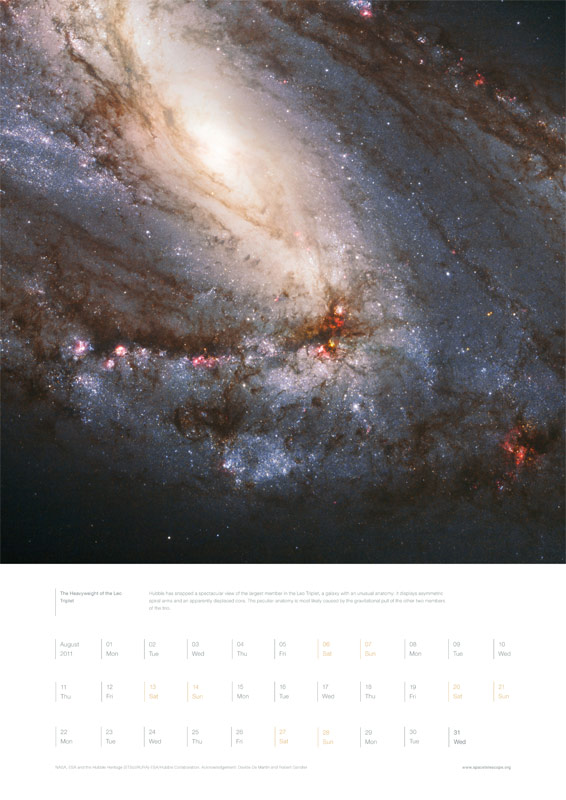 Hubble has snapped a spectacular view of the largest member in the Leo Triplet, a galaxy with an unusual anatomy: it displays asymmetric spiral arms and an apparently displaced core. The peculiar anatomy is most likely caused by the gravitational pull of the other two members of the trio.