June 2012 - A spectacular view of Centaurus A 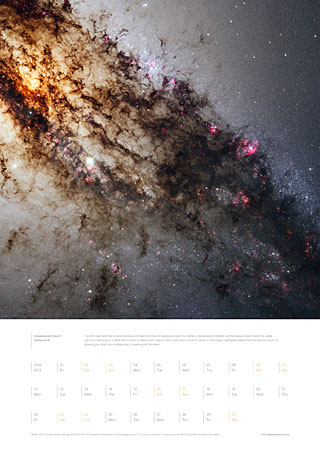 The dark dust lane that crosses Centaurus A does not show an absence of stars, but rather a relative lack of starlight, as the opaque clouds block the visible light from reaching us. Hubble has focused on these dusty regions, which span from corner to corner in this image. Highlighted against the dust are red clouds of glowing gas, which are a telltale sign of ongoing star formation.