October 2012 - A spiral galaxy with an explosive secret 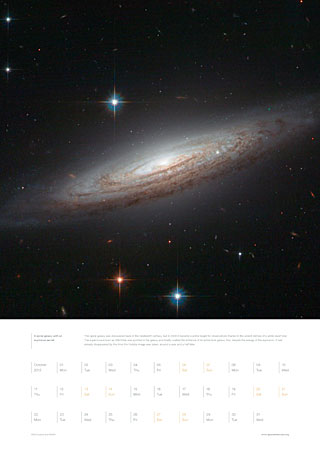 This spiral galaxy was discovered back in the nineteenth century, but in 2008 it became a prime target for observations thanks to the violent demise of a white dwarf star. The supernova known as SN2008a was spotted in the galaxy and briefly rivalled the brilliance of its entire host galaxy. But, despite the energy of the explosion, it had already disappeared by the time this Hubble image was taken, around a year and a half later.