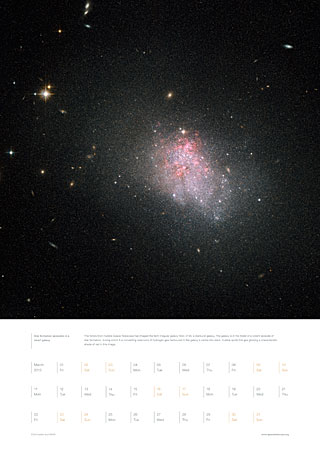 The NASA/ESA Hubble Space Telescope has imaged the faint irregular galaxy NGC 3738, a starburst galaxy. The galaxy is in the midst of a violent episode of star formation, during which it is converting reservoirs of hydrogen gas harboured in the galaxy’s centre into stars. Hubble spots this gas glowing a characteristic shade of red in this image