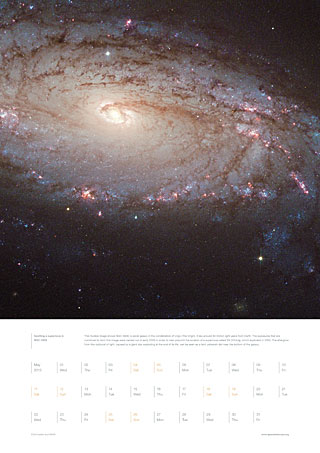 This Hubble image shows NGC 5806, a spiral galaxy in the constellation of Virgo (The Virgin). It lies around 80 million light-years from Earth. The exposures that are combined to form this image were carried out in early 2005 in order to help pinpoint the location of a supernova called SN 2004dg, which exploded in 2004. The afterglow from this outburst of light, caused by a giant star exploding at the end of its life, can be seen as a faint yellowish dot near the bottom of the galaxy