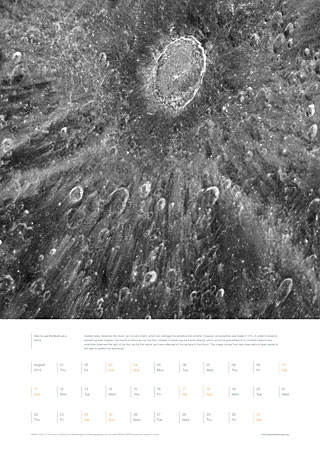 Hubble rarely observes the Moon, as it is very bright, which can damage the sensitive instruments. However, an exception was made in 2012, in order to observe something even brighter: the transit of Venus across the Sun. Instead of observing the transit directly, which would be guaranteed to fry Hubble’s electronics, scientists observed the light of the Sun during the transit, as it was reflected off the surface of the Moon. This image comes from test observations taken earlier in the year to perfect the technique.