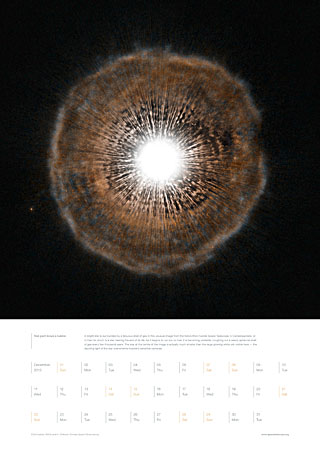 A bright star is surrounded by a tenuous shell of gas in this unusual image from the NASA/ESA Hubble Space Telescope. U Camelopardalis, or U Cam for short, is a star nearing the end of its life. As it begins to run low on fuel, it is becoming unstable, coughing out a nearly spherical shell of gas every few thousand years. The star at the centre of the image is actually much smaller than the large glowing white orb visible here — the dazzling light of the star overwhelms Hubble’s sensitive cameras.