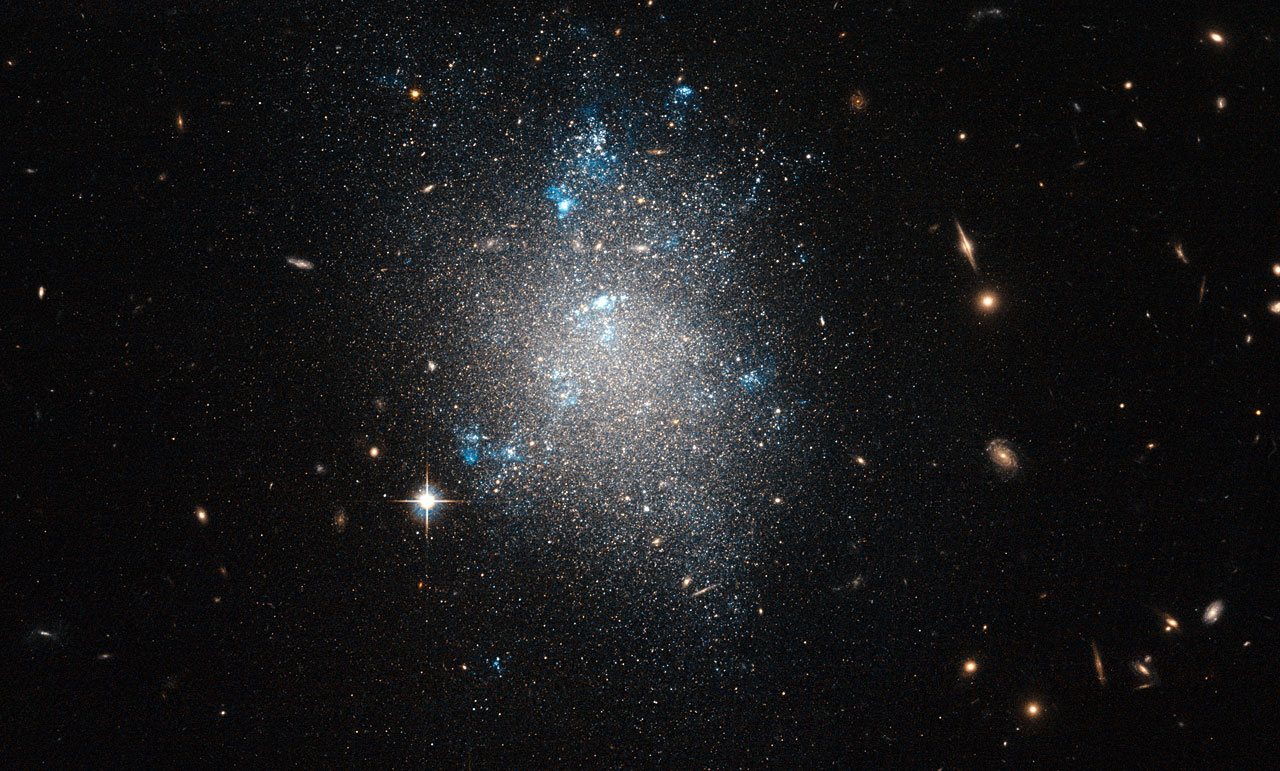 Compared to their larger cousins, which can contain hundreds of billions of stars, dwarf galaxies are typically home to a just few billion stars. A number of such dwarf galaxies orbit larger galaxies, such as the Milky Way or the Andromeda Galaxy. They are thought to have been created by gravitational forces in the early stages of the creation of these larger galaxies, or as a result of collisions between galaxies, forming from streams of material and dark matter ejected from the parent galaxies. The Milky Way galaxy features at least 14 satellite dwarf galaxies orbiting it. They are thought to be contemporary versions of some of the remote galaxies observed in deep field galaxy surveys, and can thus help us to understand the early stages of galaxy and star formation in the young Universe.

The importance of dwarf galaxies in terms of cosmology is in stark contrast to their unspectacular shapes, as they are thought to be important in our understanding of the overall evolution of galaxies. Dwarf irregulars tend to have low metallicity and relatively large amounts of gas, and are thought to be similar to the earliest galaxies that populated the Universe.

An international team of astronomers used data from both the Hubble Space Telescope and ESA’s Gaia satellite to directly measure the 3D motions of individual stars in the nearby Sculptor Dwarf Galaxy, which resides 300 000 light-years away. The achieved accuracy was better than for any previous measurement of a galaxy beyond the Milky Way. The motions provided a field test of the currently-accepted cosmological model and also measured the trajectory of the galaxy through space.

Hubble has also made detailed observations of the dwarf galaxy NGC 2366, which is home to a bright, star-forming nebula and is close enough for astronomers to discern its individual stars. While we see the stars because they shine brightly, galaxies are overwhelmingly made up of the empty space between them. Hubble’s high-resolution images can capture this perfectly. The telescope’s field of view for it’s observations of the galaxy were equivalent to a little over a fifth of the diameter of the full Moon. Although this is comparatively large by the standard of Hubble’s images, NGC 2366 is much too faint to observe with the naked eye.

Image A
An archetypal dwarf galaxy 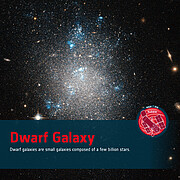