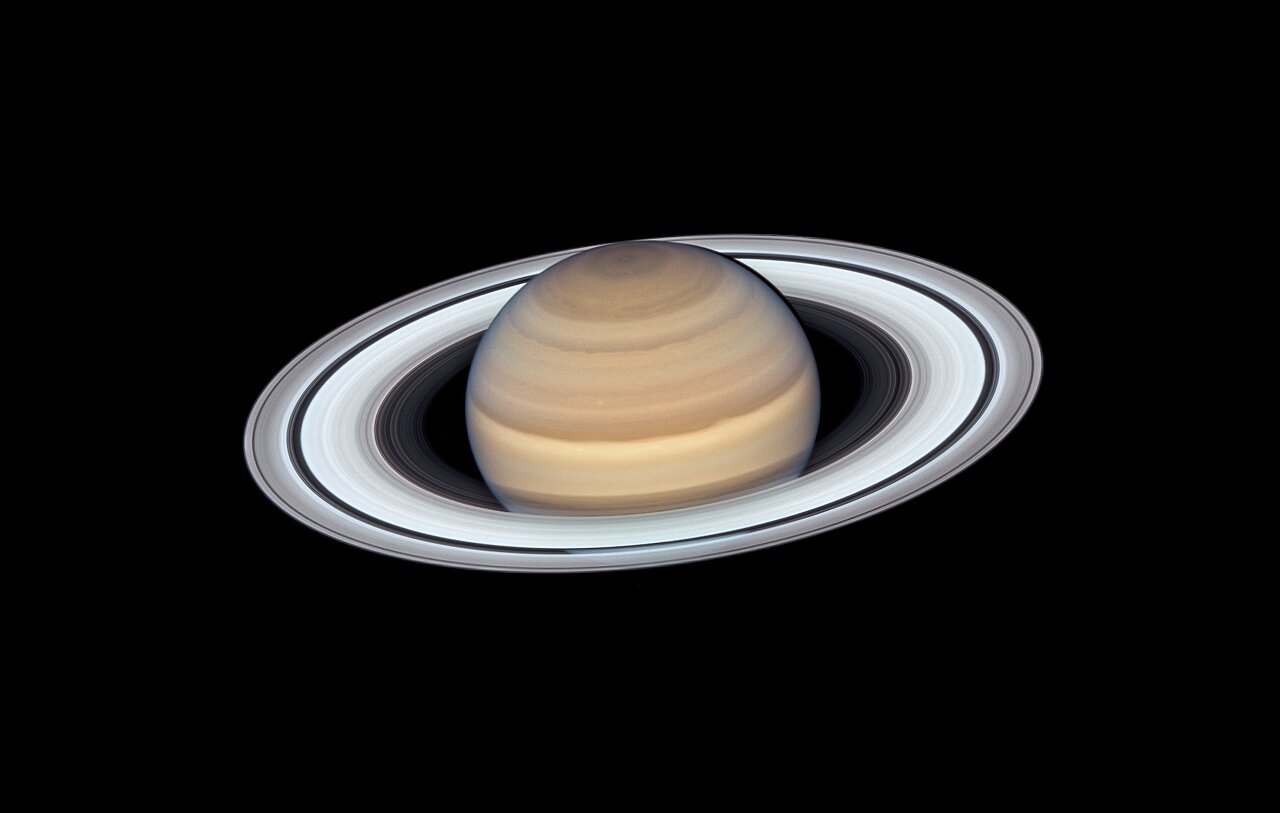 Saturn is the sixth planet from the Sun. It is a gas giant, and the second largest and second most massive planet in our Solar System. It is famous for the ring-like structures that circle its equator.

Saturn is one of the two gas giants in the Solar System, the other being Jupiter. It is 95 times more massive than Earth, and its radius is an extraordinary nine times greater than Earth’s. With its hugely inflated atmosphere it is much less dense than Jupiter. In fact, because Saturn has an average density less than that of water, Saturn would actually be able to float (were there a bath big enough). Saturn is the sixth planet in our Solar System, making it the neighbour of Jupiter and Uranus. LikeJupiter, Saturn probably has a rocky core, surrounded by metallic hydrogen, and liquid hydrogen and helium. The majority of its radius consists of its gaseous atmosphere. Its distinctive yellow tint is due to ammonia crystals in its upper atmosphere. Saturn is famous for its extremely recognisable ring system. The rings are made up of ice, debris and dust. It is not known how the rings formed, although it is theorised that they are either leftover material from the formation of Saturn itself, or otherwise the detritus left behind by a destroyed Saturnian moon. Saturn’s largest moon, Titan, is the second largest in the Solar System, and is the only moon that is known to have a significant atmosphere.

Since the Hubble Space Telescope was launched, its goal has been to study not only distant astronomical objects, but also the planets within our Solar System. Hubble’s high-resolution images of our planetary neighbours can only be surpassed by pictures taken from spacecraft that actually visit these bodies. However, Hubble has one advantage over space probes: it can look at these objects periodically and observe them over much longer periods than any passing probe could.

Hubble has captured astonishing images of Saturn’s auroras in ultraviolet light, revealing auroral curtains of light that encircle Saturn’s north and south poles that rise more than a thousand miles above the cloudtops.

When Saturn is tilted towards Earth, the planet gives Hubble a magnificent view of its bright icy structure. Hubble can resolve numerous ringlets and the fainter inner rings. Hubble can also observe changes taking place on the planet, including dynamic weather patterns. For example, a large storm observed in the north polar region in 2018 had disappeared in Hubble’s 2019 observations of Saturn. The telescope is also well equipped to capture the planet’s amber colours, that come from summer smog-like hazes, produced by photochemical reactions driven by solar ultraviolet radiation, and the planet’s banded structure, which is caused by the winds and clouds at different altitudes.

Hubble’s collection of Saturn images can be explored here. 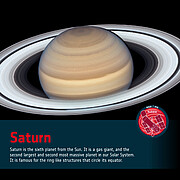 Saturn
Saturn is the sixth planet from the Sun. It is a gas giant, and the second largest and second most massive planet in our Solar System. It is famous for the ring-like structures that circle its equator.