In April 2021, the NASA/ESA Hubble Space Telescope will celebrate 31 years since its launch.

During the 1970s, NASA and ESA began planning for a space telescope that could transcend the blurring effects of the atmosphere and take clearer images of the Universe than ever before. In 1990 the idea finally became a reality and, despite a flaw in the main mirror which was quite swiftly corrected, Hubble has since far exceeded expectations.

It has delved deeper into the early years of the Universe than was ever thought possible, played a critical part in the discovery that the expansion of the Universe is accelerating and probed the atmospheres of planets around distant stars.

Each year, ESA/Hubble develops a series of engagement initiatives to involve the public in the celebrations of Hubble’s impact in engineering, science and culture. Project updates pertaining to Hubble’s 31st anniversary around April and May 2021 are posted below.

ann2107 — Announcement
New ESA/Hubble Online Assets: A Social Celebration of Hubble
14 May 2021: Each year in the month of April, the NASA/ESA Hubble Space Telescope celebrates its anniversary. ESA/Hubble uses this opportunity to develop special initiatives to engage and involve the public in this annual milestone.
Read more 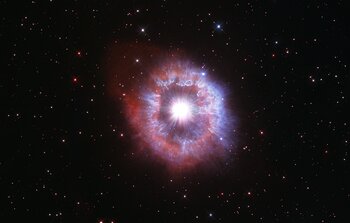 heic2105 — Press Release
Hubble Celebrates 31st Birthday with Giant Star on the Edge of Destruction
23 April 2021: In celebration of the 31st anniversary of the launching of the NASA/ESA Hubble Space Telescope, astronomers aimed the celebrated observatory at one of the brightest stars seen in our galaxy to capture its beauty.
Read more

ann2106 — Announcement
Announcement of the ESA/Hubble Chrome Browser Application
14 April 2021: ESA/Hubble has developed a special Chrome browser application to allow users to enjoy the Top 100 Images collection while browsing the internet. It is now available on the Chrome Web Store.
Read more 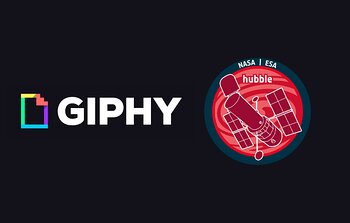