Hubble Space Telescope proposals are now anonymised: This is why

The Space Telescope User Committee (STUC) has received frequent updates from STScI on the issue of persistent gender bias in the outcome of the reviews by Hubble’s Time Allocation Committee, which has been observed for several proposal cycles.

In November 2017, we heard from an external expert, Dr. Stephanie Johnson (Univ. Colorado), who specialises in issues of unconscious bias and stereotype threat, in an effort to mitigate their effect on the proposal selection process. Dr. Johnson examined and compared the initial and final scores in cycles C21 and C24, and presented her own observations of panel discussions in C25. Dr. Johnson’s main recommendation was to implement a fully blind application process. At the time, we acknowledged that the evidence presented by Dr. Johnson supported the hypothesis that a fully blind process might reduce biases related to the selection process. At the same time, we were worried that a blind peer review, currently foreign to the culture in the astronomical community, might have unexpected consequences. We therefore recommended, in November 2017, that a committee consisting of astronomers from the community, including scientists who work with diagnosing and reducing biases, assess whether it would be possible to move to a system where Hubble proposals are fully blind.

Based on the available literature, feedback from the community, and their internal discussions, the APRWG recommended that STScI move toward a dual-anonymous proposal process beginning with cycle 26 in late 2018. They concluded that a fully anonymous process requires active participation from the community, and noted that there is a notable apprehension as to what the effect of anonymising will be on the scientific productivity of the observatory. They therefore recommended a phased approach, in which the largest part of the review is done anonymously and a final check of team expertise and preparedness is done at the very end to further ensure the feasibility of the proposed science. Their full report and related documentation can be found here.

We, the STUC, heard the APRWG’s presentation and accepted their recommendation in April 2018, to be implemented in cycle 26. New guidelines were issued for proposers, and they can be found here.

If you are planning to submit a Hubble proposal in cycle 26, we need your help to ensure that your proposal is written according to the new guidelines. Specifically, you have to make sure that:

While the Astronomer Proposal Tool (APT) will largely obscure the proposing team identities in covering material, it will not change or alter information contained in the PDF submission. It is therefore also necessary for all of you to take additional steps to further anonymise your PDF attachment before it is uploaded to the APT.

As part of this change, STScI also requires proposers to submit a separate document, entitled “Team Expertise and Background”. This document should contain a brief, one page description of the expertise, background, and roles of the team members as they relate to the science proposed. You can find here a sample document of how a Team Expertise and Background section might look.

If you have questions about any of this, STScI will be ready to help. Please direct any queries you might have to help@stsci.edu, and they will be delighted to help. 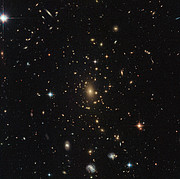