Zooming in on the early Universe 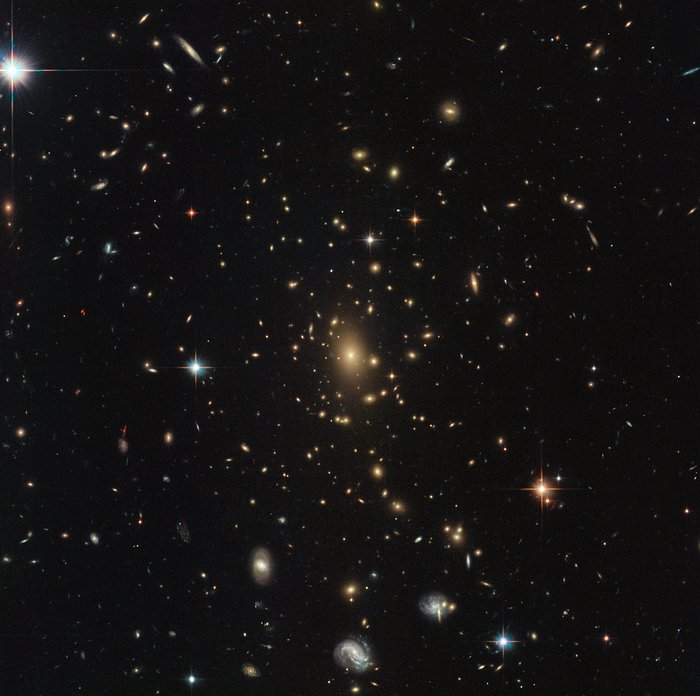 This busy image is a treasure trove of wonders. Bright stars from the Milky Way sparkle in the foreground, the magnificent swirls of several spiral galaxies are visible across the frame, and a glowing assortment of objects at the centre make up a massive galaxy cluster. Such clusters are the biggest objects in the Universe that are held together by gravity, and can contain thousands of galaxies of all shapes and sizes. Typically, they have a mass of about  one million billion times the mass of the Sun — unimaginably huge!

Their incredible mass makes clusters very useful natural tools to test theories in astronomy, such as Einstein’s theory of general relativity. This tells us that objects with mass warp the fabric of spacetime around them; the more massive the object, the greater the distortion. An enormous galaxy cluster like this one therefore has a huge influence on the spacetime around it, even distorting the light from more distant galaxies to change a galaxy’s apparent shape, creating multiple images, and amplifying the galaxy’s light — a phenomenon called gravitational lensing.