On 30 March 2022 a special science release was published that made headlines worldwide. Hubble had established an extraordinary new benchmark by detecting the light of a star (nicknamed Earendel) that existed within the first billion years after the Universe’s birth in the Big Bang, at a redshift of 6.2 — the most distant individual star ever seen. These results were published on this date in Nature.

As expected, this release made a significant impact in the media and was a prominent topic of conversation on social media platforms. In fact, this was the largest coverage of any ESA/Hubble release recorded to date! The previous top three highest-reaching releases were as follows:

Looking ahead to ESA/Hubble’s activities in the remainder of 2022 and beyond, we want to continue to emphasise the role of ESA and the European astronomical community in the telescope’s continued success and the use of Hubble data by European institutions and scientists. As Chief Science Communications Officer, my primary goal is to promote the Hubble Space Telescope’s science for the European Space Agency in close collaboration with the ESA Project Scientist for Hubble. ESA/Hubble and ESAHubble.org can help Hubble scientists by producing and distributing press releases, image processing, web articles, artists’ impressions, and high-definition videos — like the Earendel release mentioned above. If you think any aspect of your research could be of interest to the public at large, or your observations might produce an image suitable for public release, please get in touch so we can explore possible avenues for promoting your work! 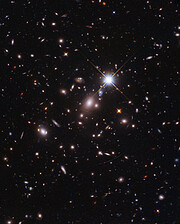