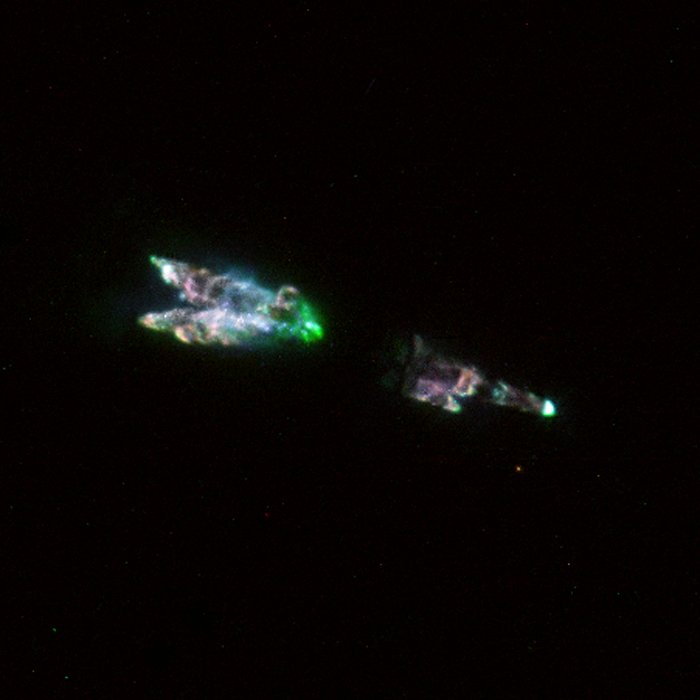 This image comes from the large archive of scientific observations performed with the Hubble Space Telescope. Currently more than 250, 000 scientific Hubble observations are contained in this highly valuable archive and more are added all the time.

In this image singly ionised sulphur is shown in red, green represents neutral hydrogen, the blue-green colour comes from neutral oxygen and blue light is continuum light seen through a so-called Strvmgren y filter. The full extent of the nebula is 12 arcseconds from tip to tip.

The original Hubble observations were obtained in 1998 by Susan R. Trammell from University of North Carolina, and were turned into a colour image by the Hubble European Space Agency Information Centre at European Southern Observatory, Munich and A.G.G.M. Tielens from the Kapteyn Astronomical Institute in the Netherlands.