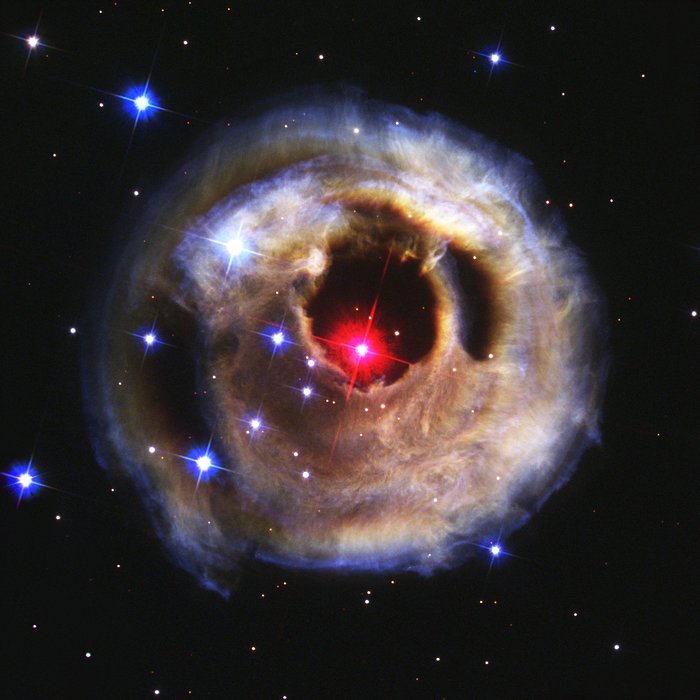 This is the second in a sequence of four pictures from the NASA/ESA Hubble Space Telescope's Advanced Camera for Surveys that dramatically demonstrates the echoing of light through space caused by an unusual stellar outburst in January 2002.

The image was taken 2 September 2002. The image is combined from exposures taken through blue (B), green (V), and infrared (I) filters.