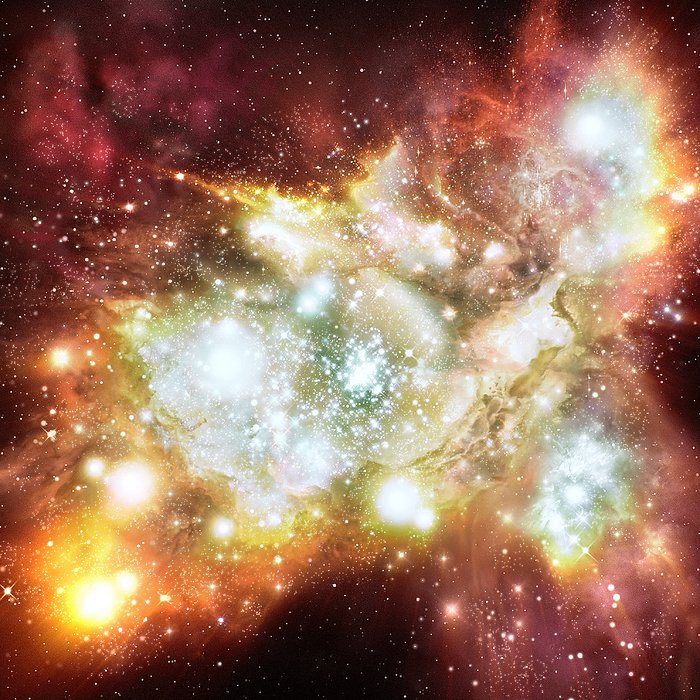 This illustration shows an artist's impression of the so-called Lynx arc, a newly identified distant super-cluster that contains a million blue-white stars twice as hot as similar stars in our Milky Way galaxy. The Lynx arc is one million times brighter than the well-known Orion Nebula, a nearby prototypical 'starbirth' region visible with small telescopes. The stars in the Lynx arc are more than twice as hot as the Orion Nebula's central stars, with surface temperatures up to 80 000›C. Though there are much bigger and brighter star-forming regions than the Orion Nebula in our local Universe, none are as bright as the Lynx arc, nor do they contain such large numbers of hot stars. The stars are so hot that a very large fraction of their light is emitted in the ultraviolet that makes the gas glow with the green and red colours illustrated here.