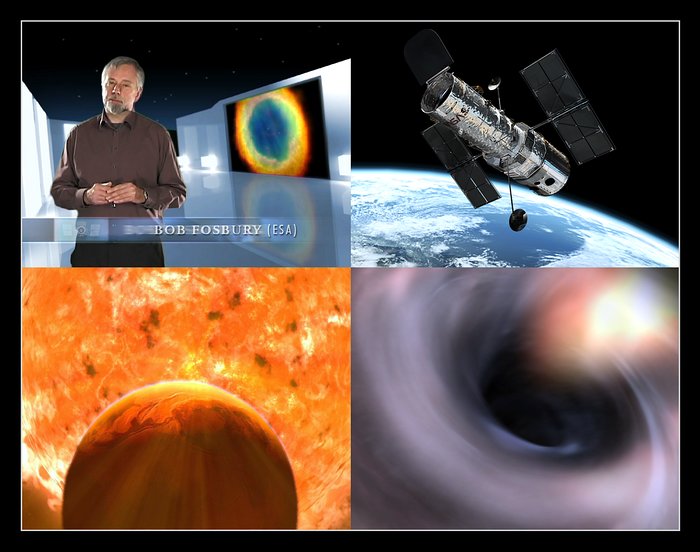 ESA's anniversary DVD film "Hubble - 15 years of discovery" covers all aspects of the Hubble Space Telescope project - a journey through the history, the troubled early life and the ultimate scientific successes of Hubble. This portrait, directed by Lars Lindberg Christensen, contains large amounts of previously unpublished footage of superb quality. With more than 500,000 copies distributed, this DVD movie is probably the most widely available science documentary ever.

Hubble's spectacular visual images make a stunning backdrop throughout the film, bringing an immediacy and vitality as the narrative reveals the new insights Hubble has inspired in all fields of astronomy from extrasolar planets to black holes. Complex though the science behind the Telescope's images often is, Art Director Martin Kornmesser has developed a unique style of elaborate 3D animation - some of which are seen in these screenshots - that enhances and vividly clarifies the underlying science.

The movie is presented by an ESA scientist, Dr. Robert (Bob) Fosbury, who has himself used Hubble for his own research on many occasions.