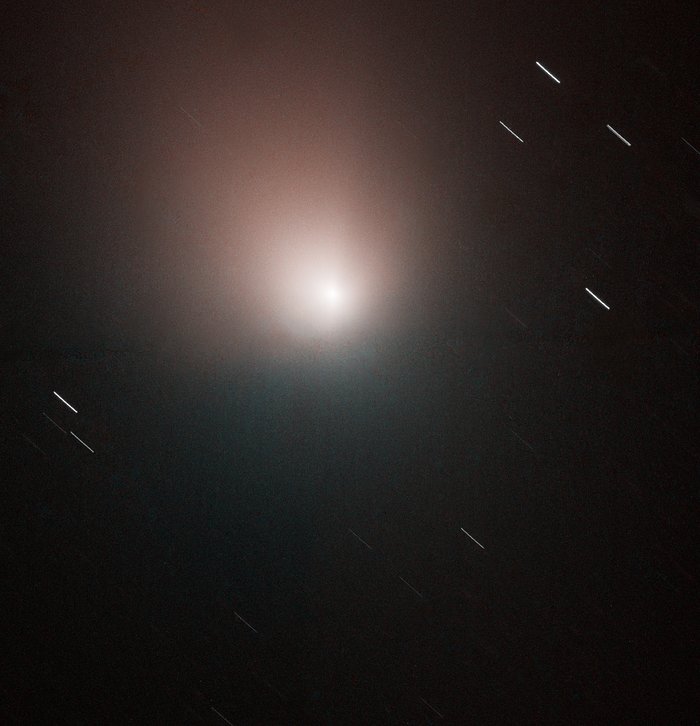 The NASA/ESA Hubble Space Telescope has snapped an image of Comet 9P/Tempel 1 just days before the Deep Impact spacecraft is scheduled to rendezvous with the comet. This image, taken on the morning of 30 June, 2005, shows an undisturbed and quiet comet. This Advanced Camera for Surveys (ACS) Wide Field Camera (WFC) image of Tempel 1 shows a slightly larger view of the comet than was seen in Hubble images released last week.

This image of the comet shows the dusty inner coma around the nucleus, but the solid nucleus itself is below Hubble's resolution. The nucleus was at a distance of 134 million kilometers when the image was taken.

The ACS/WFC image is a composite of data taken with blue and red filters onboard Hubble. A quiescent comet is seen in this pre-impact image along with elongated star trails. As the telescope was locked on the movement of the comet, the background stars left small trailed arcs during the time the exposures were taken.