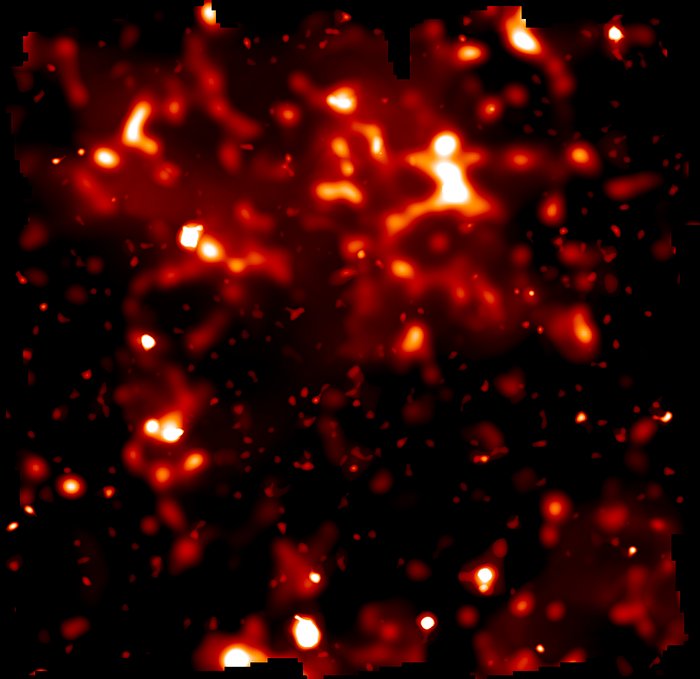 The distribution of normal matter in the COSMOS survey was determined mainly by the European Space Agency's XMM/Newton telescope. The brightness of clumps corresponds to the density of normal matter. The map covers an area of sky nine times the angular diameter of the full Moon. By comparing with the dark matter distribution the map demonstrates how normal matter - including stars, galaxies and gas - is built inside an underlying scaffolding of dark matter. The comparison of dark matter and normal matter will provide critical observational underpinnings to future theories for how structure formed in the evolving Universe under the relentless pull of gravity.