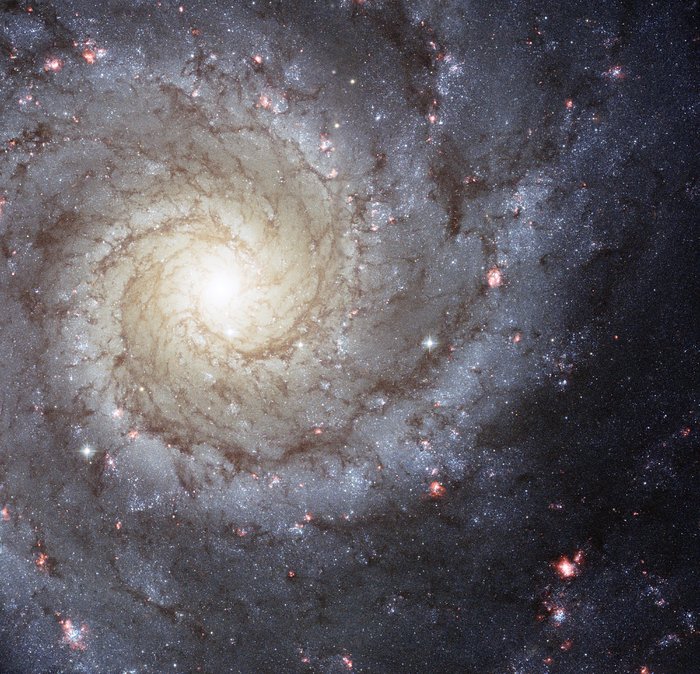 In the new Hubble image of the galaxy M74 we can also see a smattering of bright pink regions decorating the spiral arms. These are huge, relatively short-lived, clouds of hydrogen gas which glow due to the strong radiation from hot, young stars embedded within them; glowing pink regions of ionized hydrogen (hydrogen that has lost its electrons). These regions of star formation show an excess of light at ultraviolet wavelengths and astronomers call them HII regions.