Hubble and Chandra composite of the galaxy cluster MACS J0025.4-1222 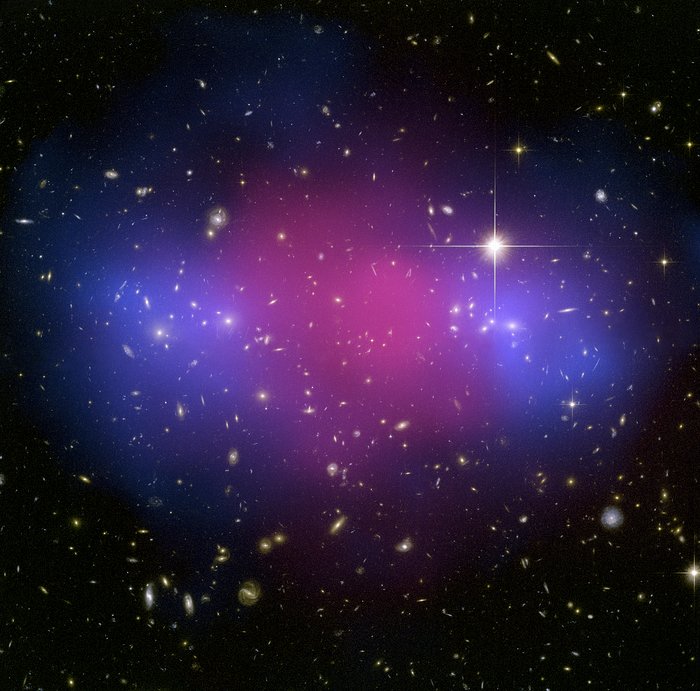 The position of the two matter types shown in the image are explained by MACSJ0025's origin. It was formed when a pair of large galaxy clusters collided. Ordinary matter in the form of hot gas slowed down and pooled at the centre but ghostly dark matter passed straight through.

Hubble used a technique known as gravitational lensing to obtain its data. The light observed was bent by the gravitationally massive galaxy cluster, resulting in an incredibly detailed image. This technique was originally predicted by Einstein.

MACSJ0025 is located in the constellation Cetus, the Whale.