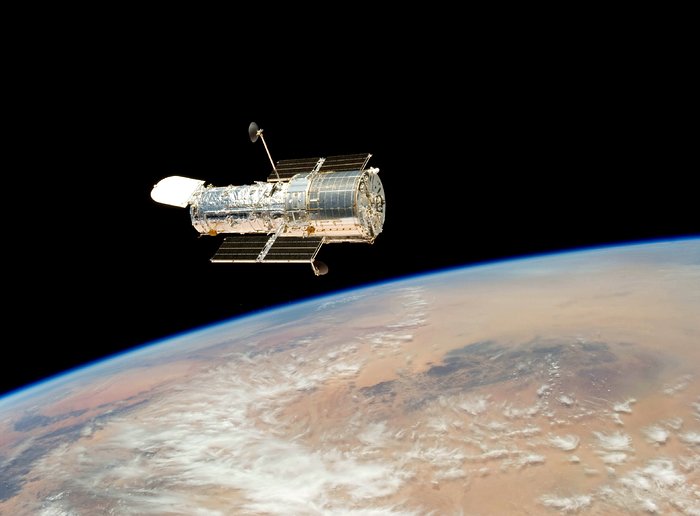 Hubble drifts over Earth after its release on 19 May 2009 by the crew of the Space Shuttle Atlantis. The crew had performed all planned tasks over the course of five spacewalks, making the Servicing Mission 4, the fifth astronaut visit to the Hubble Space Telescope, an unqualified success.