Hubble observations of massive stars in the Large Magellanic Cloud 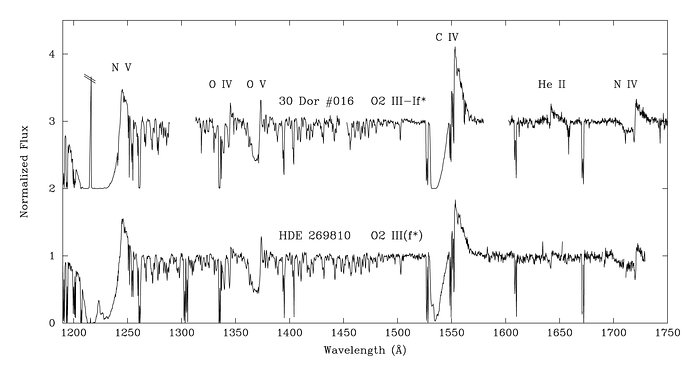 The stellar-wind features of helium, carbon, oxygen, and nitrogen are identified by their chemical symbols above; the roman numerals indicate the ionisation stages, i.e., the number of electrons removed plus one. (“I” would indicate the neutral atom.) The broad emission components plus blue-shifted absorption are diagnostics of the stellar winds; the absorption forms along the line of sight to the stellar disk, where the wind is approaching us at its full speed.

The O V line is a unique feature of the hottest (O2-O3) stars.