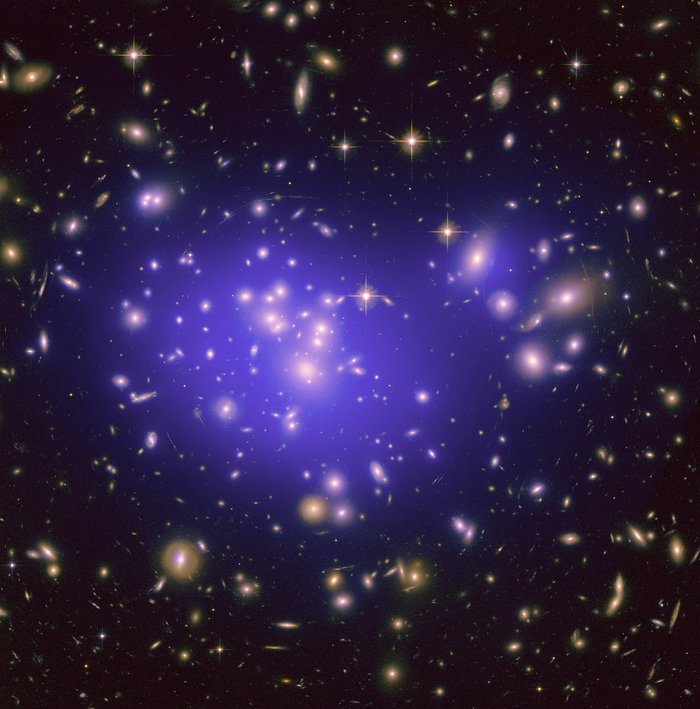 This image shows the galaxy cluster Abell 1689, with the mass distribution of the dark matter in the gravitational lens overlaid (in purple). The mass in this lens is made up partly of normal (baryonic) matter and partly of dark matter. Distorted galaxies are clearly visible around the edges of the gravitational lens. The appearance of these distorted galaxies depends on the distribution of matter in the lens and on the relative geometry of the lens and the distant galaxies, as well as on the effect of dark energy on the geometry of the Universe.

Notes: A dark matter map has been overlaid on the image in purple.