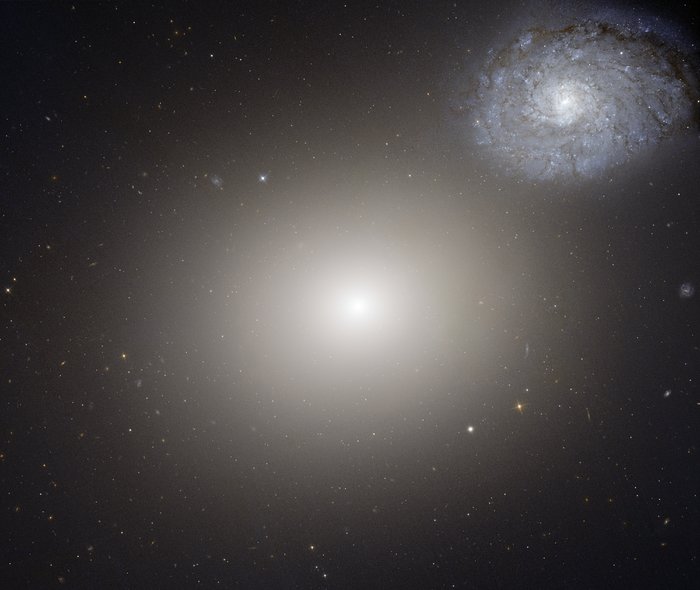 Arp 116 is composed of a giant elliptical galaxy known as Messier 60, and a much smaller spiral galaxy, NGC 4647.

Astronomers have long tried to determine whether these two galaxies are actually interacting. Although they overlap as seen from Earth, there is no evidence of new star formation, which would be one of the clearest signs that the two galaxies are indeed interacting. However, recent studies of very detailed Hubble images suggest the onset of some tidal interaction between the two.

Also included in the image, just below and to the right of M60, is their even smaller neighbour M60-UCD1.

M60-UCD1 is a very tiny galaxy, just 1/500th of the diameter of our Milky Way, that lies about 50 million light-years away. Despite its size, it is pretty crowded, with about 140 million stars crammed into its diameter of just 300 light-years.

An international team of astronomers have found a supermassive black hole at the centre of M60-UCD1 with the mass of 20 million Suns.