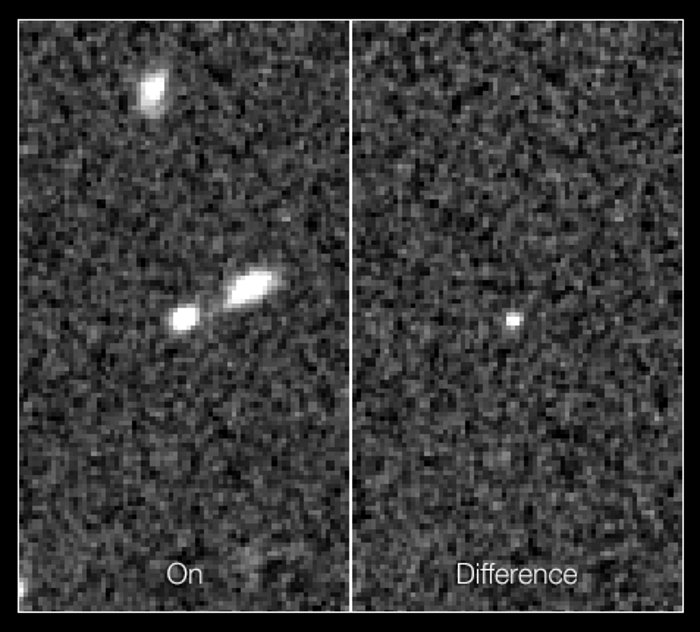 These two frames show the supernova dubbed SN UDS10Wil, or SN Wilson, the most distant Type Ia supernova ever detected.

The discovery was part of a three-year Hubble program begun in 2010, called the CANDELS+CLASH Supernova Project. This program aimed to survey faraway Type Ia supernovae to determine their distances and see if they have changed over the 13.8 billion years since the Big Bang, using the sharpness and versatility of Hubble's Wide Field Camera 3.

The left frame in this image shows the supernova’s host galaxy after the supernova had gone off, and the frame on the right indicates the brightness of the supernova alone (galaxy subtracted).