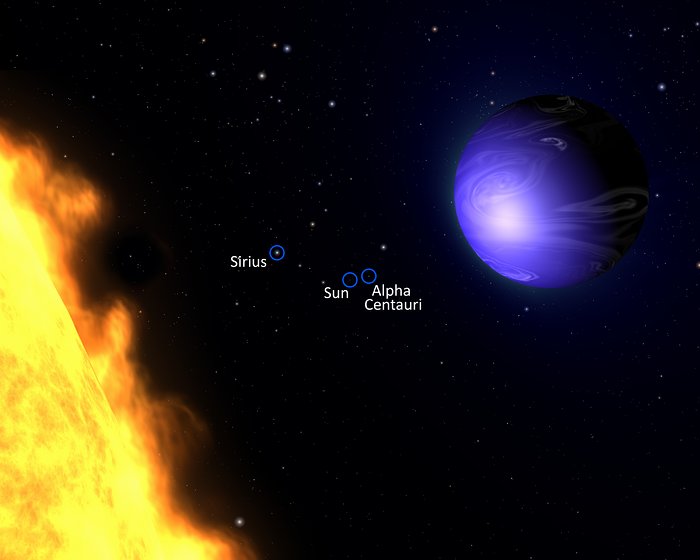 This illustration shows a "hot Jupiter" planet known as HD 189733b orbiting its star, HD 189733. The NASA/ESA Hubble Space Telescope measured the actual visible light colour of the planet, which is deep blue. This colour is not due to the presence of oceans, but is caused by the effects of a scorching atmosphere where silicate particles melt to make "raindrops" of glass that scatter blue light more than red light.

Because the planet is only 63 light-years from Earth, a visitor would see many of the same stars we see in our nighttime sky, though the constellation patterns would be different. Our Sun and the nearest star to our Sun, Alpha Centauri, are labelled here – two faint stars near the centre of the image. Also labelled is Sirius, the brightest star in our skies in the constellation of Canis Major (The Greater Dog).