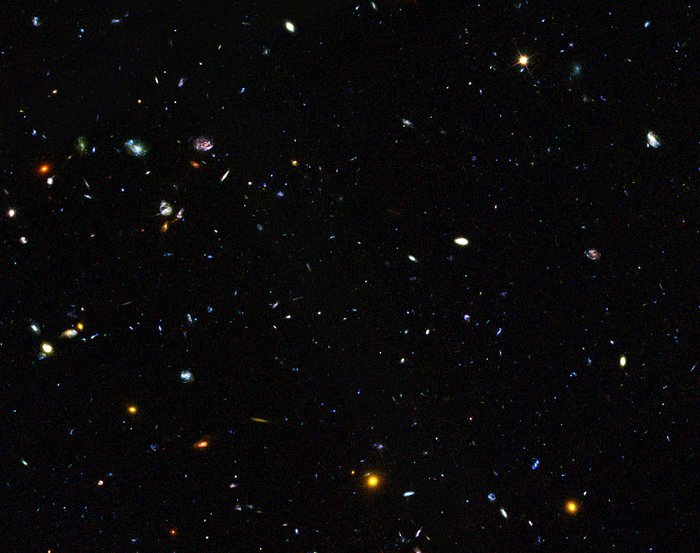 This image shows a region of space containing a sample of dwarf galaxies studied by the NASA/ESA Hubble Space Telescope to unlock the secrets of star formation in the early Universe.

Hiding amongst these thousands of galaxies are faint dwarf galaxies that reside in the early Universe, between two and six billion years after the Big Bang, an important time period when most of the stars in the Universe were formed. Some of these galaxies are undergoing starbursts and have been studied by astronomers to deduce their contribution to star formation in this crucial era of the Universe’s history.

The image is part of the Great Observatories Origins Deep Survey (GOODS), and this image shows only one section that the survey covered.