Concept illustration of a grism image 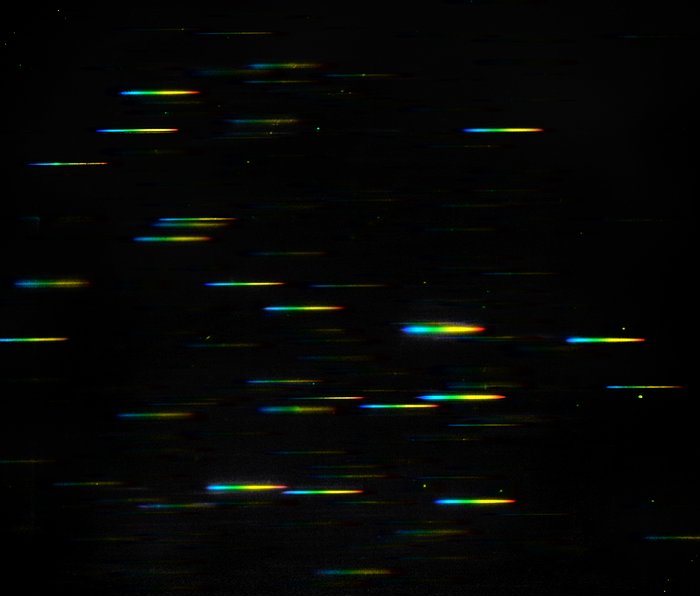 This image represents the data that comes from using the NASA/ESA Hubble Space Telescop's highly-sensitive Wide Field Camera 3 in its grism spectroscopy mode.

A grism is a combination of a grating and a prism, and it splits up the light from a galaxy into its constituent colours, producing a spectrum. In this image the continuum of each galaxy is shown as a "rainbow".

All of the light from the hydrogen gas is emitted in a small number of very narrow and bright emission lines. For dwarf galaxies in the early Universe the emission lines are much easier to detect than the faint, almost invisible, continuum.