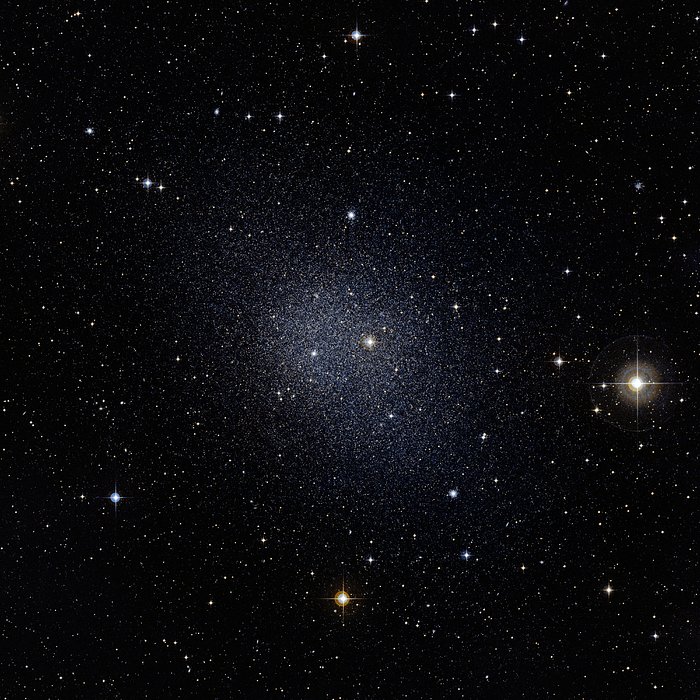 The Fornax dwarf galaxy is one of the Milky Way’s neighbouring dwarf galaxies.

New observations of four globular clusters — large balls of stars that orbit the centres of galaxies — found in Fornax show they are very similar to those found in our galaxy, the Milky Way. The finding is at odds with leading theories on how these clusters form — in these theories, globular clusters should be nestled among large quantities of old stars — and so the mystery of how these objects came to exist deepens.

This image was composed from data from the Digitized Sky Survey 2. An annotated version showing the location of the four galaxies can be found here.