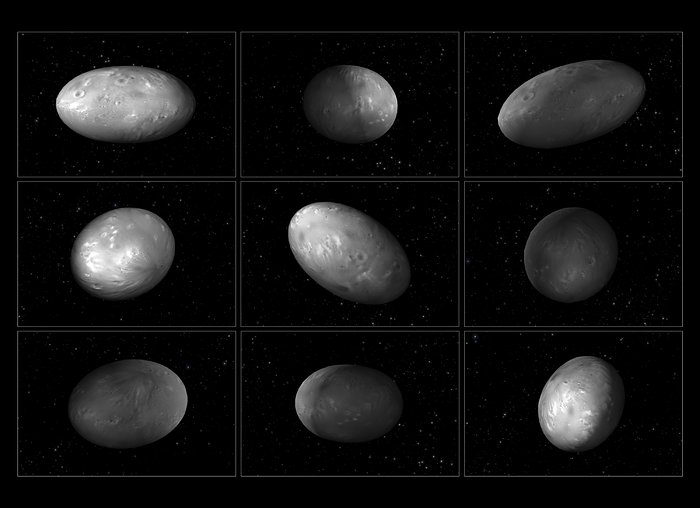 This set of illustrations of Pluto’s moon Nix shows how the orientation of the moon changes unpredictably as it orbits the Pluto-Charon system. This illustration is based on a computer simulation which calculated the chaotic movement of the four smaller moons in the Pluto-Charon system. Astronomers used this simulation to try and understand the unpredictable changes in reflected light from Nix as it orbits Pluto-Charon. They also found that Pluto’s moon Hydra undergoes a chaotic spin as well. The football-shape of both moons contributes to their wild motion.