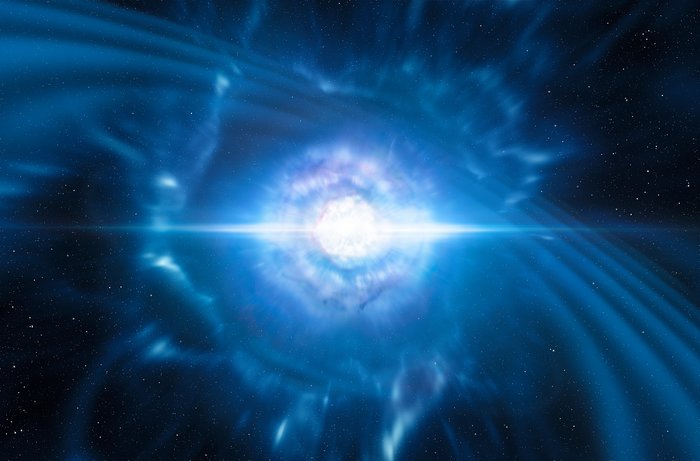 This artist’s impression shows two tiny but very dense neutron stars at the point at which they merge and explode as a kilonova. Such a very rare event is expected to produce both gravitational waves and a short gamma-ray burst, both of which were observed on 17 August 2017 by the Laser Interferometer Gravitational-Wave Observatory (LIGO) and the Virgo Interferometer, and ESA’s INTEGRAL telescope and NASA’s Fermi Gamma-ray Space Telescope respectively. Subsequent detailed observations with telescopes all over the world, including the NASA/ESA Hubble Space Telescope, confirmed that this object, seen in the galaxy NGC 4993 about 130 million light-years from the Earth, is indeed a kilonova. Such objects are the main source of very heavy chemical elements, such as gold and platinum, in the Universe.