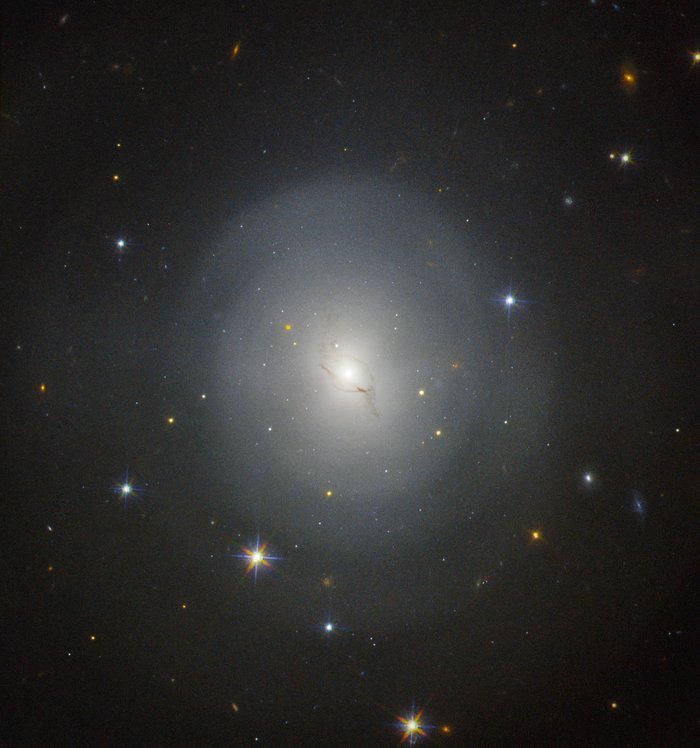 The lenticular galaxy NGC 4993 is located about 130 million light-years from Earth. On 17 August 2017 the Laser Interferometer Gravitational-Wave Observatory (LIGO) and the Virgo Interferometer both detected gravitational waves from the collision of two neutron stars within this galaxy. The event also resulted in a flare of light, called a kilonova, which is visible to the upper left of the galactic centre in this image from the NASA/ESA Hubble Space Telescope.