Pockets of star formation in DDO 68 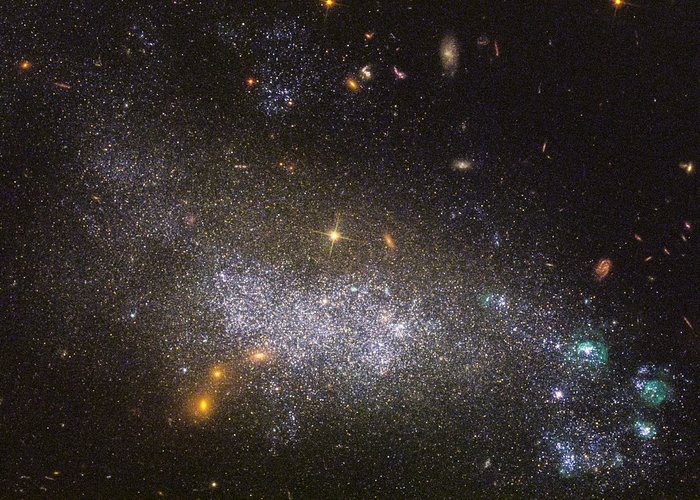 The dwarf galaxy DDO 68, also known as UGC 5340, lies about 40 million light-years away from Earth. Due to its proximity it became one of the 50 targets of LEGUS.

In UGC 5340, a pocket of rapid star birth appears in the lower right corner. This region of star formation was probably triggered by a gravitational interaction with an unseen companion galaxy. But star formation is present across the entire body of UGC 5340, and the relatively young stars are responsible for the galaxy’s blue-white colour.

An image of this galaxy was already released back in 2014 (heic1421). This newly-processed image now also shows ultraviolet radiation Hubble captured from the galaxy.