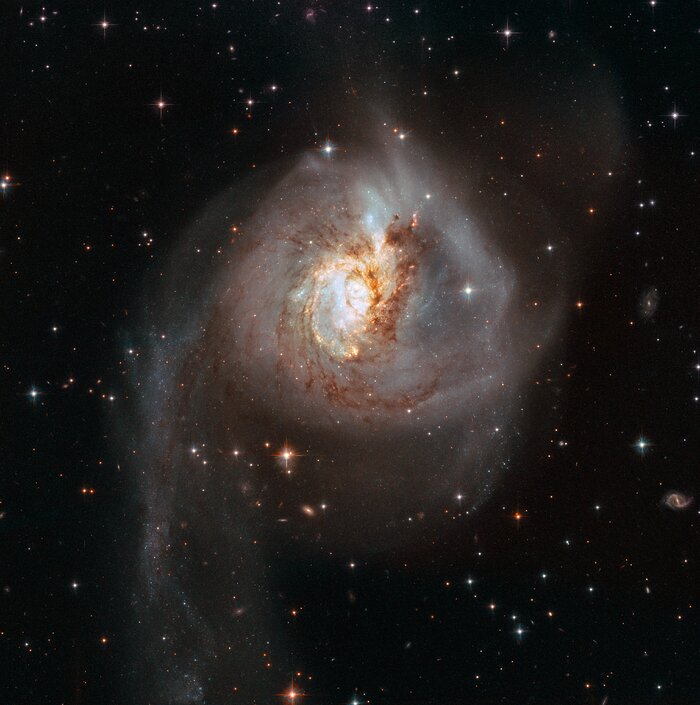 This image, taken with the Wide Field Camera 3 (WFC3) and the Advanced Camera for Surveys (ACS), both installed on the NASA/ESA Hubble Space Telescope, shows the peculiar galaxy NGC 3256. The galaxy is about 100 million light-years from Earth and is the result of a past galactic merger, which created its distorted appearance. As such, NGC 3256 provides an ideal target to investigate starbursts that have been triggered by galaxy mergers.

Another image of NGC 3256 was already released in 2008, as part of a collection of interacting galaxies, created for Hubble’s 18th birthday.