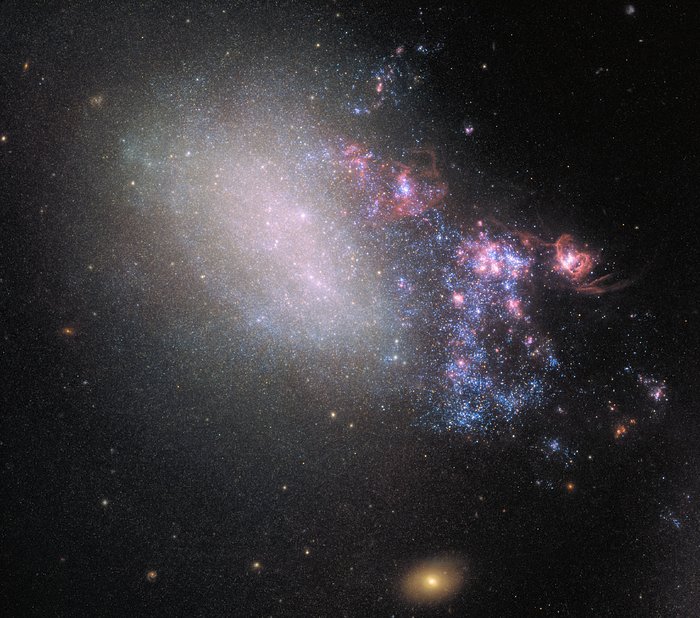 NGC 4485 has been involved in a dramatic gravitational interplay with its larger galactic neighbour NGC 4490 — out of frame to the bottom right in this image. This ruined the original, ordered spiral structure of the galaxy and transformed it into an irregular one.

The interaction also created a stream of material about 25 000 light-years long, connecting the two galaxies. The stream, visible to the right of the galaxy is made up of bright knots and huge pockets of gassy regions, as well as enormous regions of star formation in which young, massive, blue stars are born.

Below NGC 4485 one can see a bright, orange background galaxy: CXOU J123033.6+414057. This galaxy is the source of X-ray radiation studied by the Chandra X-ray Observatory. It’s distance from Earth is about 850 million light-years.