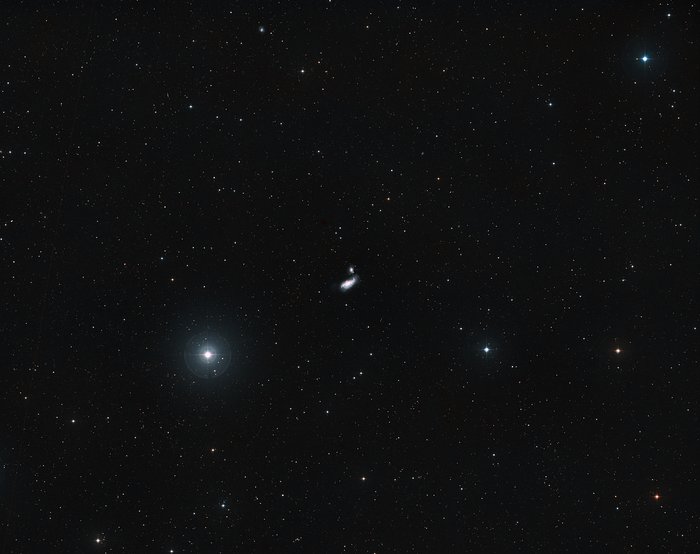 This ground-based image shows the large galaxy NGC 4490 and the irregular galaxy NGC 4485 — above the larger galaxy in the centre of the image — it is interacting with.

Both galaxies are connected with each other through a stream of material about 25 000 light-years long. The stream is made up of bright knots and huge pockets of gassy regions, as well as enormous regions of star formation in which young, massive, blue stars are born.

Having already made their closest approach, NGC 4485 and NGC 4490 are now moving away from each other.