Hubble’s Ultraviolet Observations of Ganymede in 1998 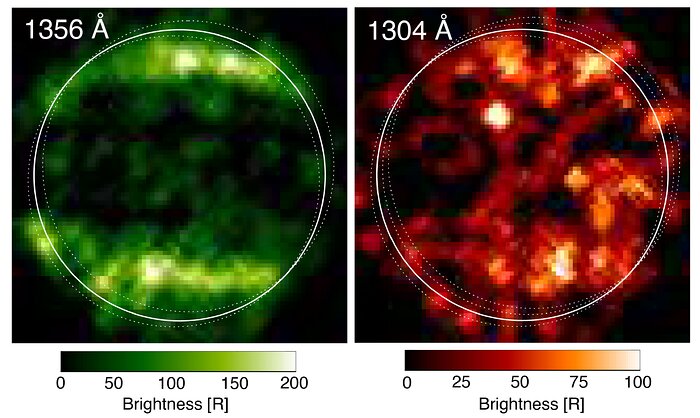 In 1998,  Hubble’s  Space Telescope Imaging Spectrograph (STIS) took these first ultraviolet (UV) images of Ganymede, which revealed a particular pattern in the observed emissions from the moon’s atmosphere. The moon displays auroral bands that are somewhat similar to the auroral ovals observed on Earth and other planets with magnetic fields. This was an illustrative evidence for the fact that Ganymede has a permanent magnetic field. The similarities between the ultraviolet observations were explained by the presence of molecular oxygen, O2. The differences were explained at the time by the presence of atomic oxygen, O, which produces a signal that affects one UV color more than the other.