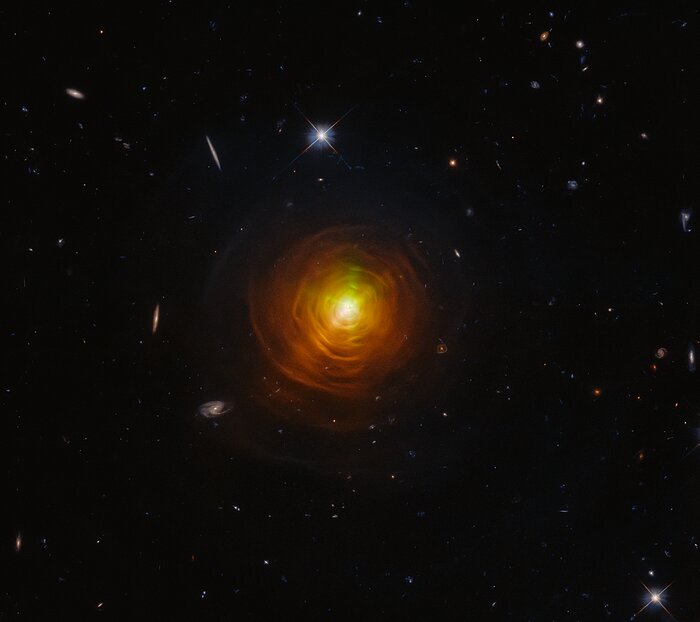 CW Leonis glowers from deep within a thick shroud of dust in this image from the NASA/ESA Hubble Space Telescope. Lying roughly 400 light-years from Earth in the constellation Leo, CW Leonis is a carbon star — a luminous type of red giant star with a carbon-rich atmosphere. The dense clouds of sooty gas and dust engulfing this dying star were created as the outer layers of CW Leonis itself were thrown out into the void.