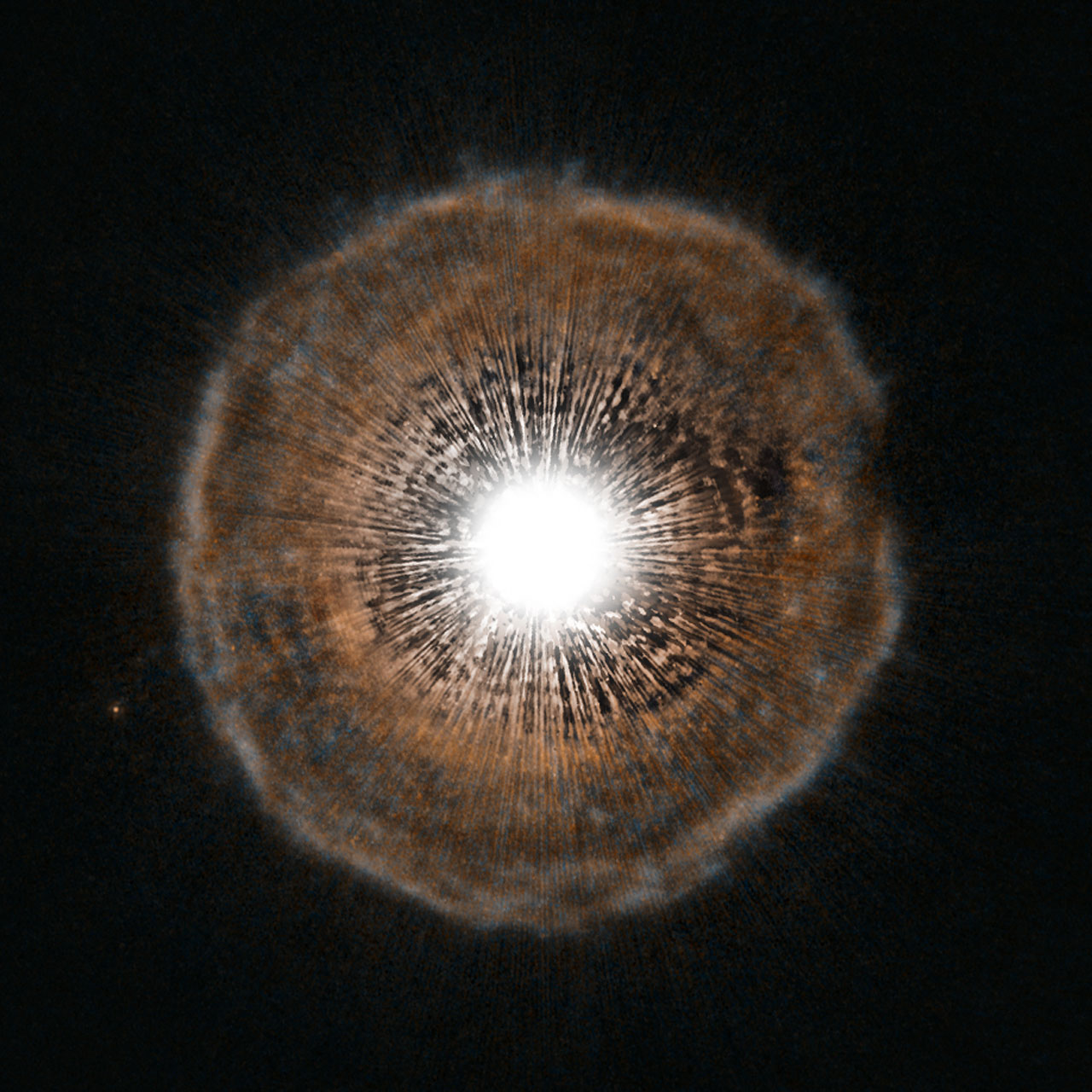 A red giant forms after a star has run out of hydrogen fuel for nuclear fusion, and has begun the process of dying.

A star maintains its stability through a fine balance between its own gravity, which holds it together, and the outwards pressure from ongoing thermonuclear fusion processes taking place at its core. Once a star’s core runs out of hydrogen, however, that state of equilibrium is lost and the core begins to collapse. As the core collapses, the shell of plasma surrounding the core becomes hot enough to begin fusing hydrogen itself. As fusion in this shell begins, the extra heat causes the outer layers of the star to expand dramatically, and the surface extends up to several hundred times beyond the former size of the star. The energy at the star’s surface becomes far more dissipated, causing the star's bloated surface to cool, turning from white or yellow to red. A red giant is formed. This process can take hundreds of millions of years and applies to intermediate mass stars (with a mass greater than 80% and less than 800% of the Sun’s mass), which then go on to form planetary nebulae. When a more massive star runs out of hydrogen at its core, it forms a red supergiant instead, prior to exploding as a supernova.

Hubble uses red giant stars to calculate the distances to different galaxies. By comparing the brightness of the galaxies' red giant stars with nearby red giants, whose distances have been measured by other methods, astronomers are able to determine how far away each of the host galaxies is. This is possible because red giants are reliable milepost markers — they all reach the same peak brightness in their late evolution — and so they can be used as a "standard candle" to calculate distance. Hubble's exquisite sharpness and sensitivity allowed it to find red giants in the stellar halos of the galaxies.

Hubble has observed U Camelopardalis, which coughs out a nearly spherical shell of gas as a layer of helium around its core begins to fuse every few thousand years. The shell of gas, which is both much larger and much fainter than its parent star, is visible in intricate detail thanks to Hubble’s sensitivity. While phenomena that occur at the ends of stars’ lives are often quite irregular and unstable, the telescope has observed that the shell of gas expelled from this red giant is almost perfectly spherical.

The telescope has also captured the red giant R Sculptoris, which has shown us what is likely to happen to the Sun in a few billion years from now, and has helped astronomers to understand how the elements we are made up of are distributed throughout the Universe. All stars with initial masses up to about eight times that of the Sun will eventually become red giants in the later stages of their lives. They start to cool down and lose a large amount of their mass in a steady, dense wind that streams outwards from the star. With this constant loss of material, red giants like R Sculptoris provide a good portion of the raw materials — dust and gas — used for the formation of new generations of stars and planets.

Hubble’s 29th-anniversary image was of the hourglass-shaped Southern Crab Nebula, which was formed by the interaction between a red giant and a white dwarf. The red giant is shedding its outer layers in the last phase of its life before it too lives out its final years as a white dwarf. 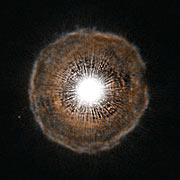 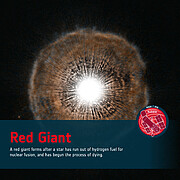 Red Giant
A red giant forms after a star has run out of hydrogen fuel for nuclear fusion, and has begun the process of dying.