Hubble’s Observation of Jupiter in 2021 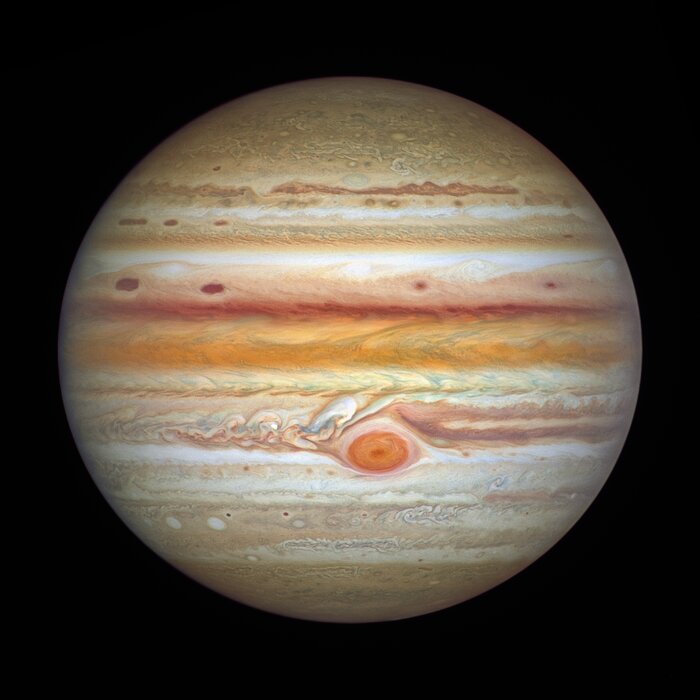 Hubble’s 2021 image of Jupiter tracks the ever-changing landscape of its turbulent atmosphere, where several new storms are making their mark and the planet’s equator has changed colour yet again.

Hubble’s 4 September photo puts the giant planet’s tumultuous atmosphere on full display. The planet’s equatorial zone is now a deep orange hue, which researchers are calling unusual. While the equator has departed from its traditional white or beige appearance for a few years now, scientists were surprised to find a deeper orange in Hubble’s recent imaging, where they were expecting the zone to cloud up again.

Just above the equator, researchers note the appearance of several new storms, nicknamed “barges.” These elongated, deeply structured red cells can be defined as cyclonic vortices, which vary in appearance. While some of the storms are sharply defined and clear, others are fuzzy and hazy. This difference in appearance is caused by the physical properties within the clouds of the vortices.

Researchers note that a feature dubbed “Red Spot Jr.” (Oval BA), below the Great Red Spot where Hubble just discovered winds are speeding up, is still a darker beige colour, and is joined by several additional white, cyclonic storms to the south.