Hubble’s Observation of Uranus in 2021 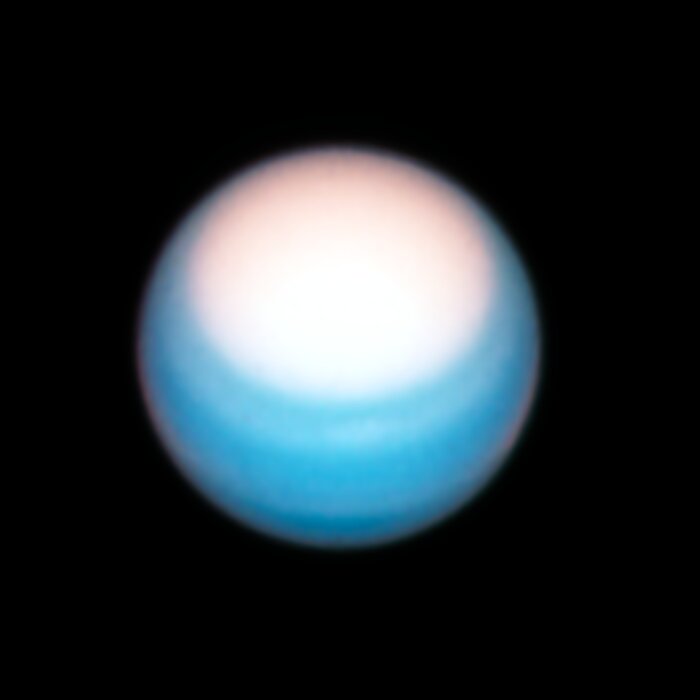 Hubble’s 25 October view of Uranus puts the planet’s bright northern polar hood in the spotlight. It’s springtime in the northern hemisphere and the increase in ultraviolet radiation from the Sun seems to be causing the polar region to brighten. Researchers aren’t sure why. It could be a change in the opacity of atmospheric methane haze, or some variation in the aerosol particles. Curiously, even as the atmospheric hood gets brighter, the sharp southernmost boundary remains at the same latitude. This has been constant over the past several years of Hubble observations of the planet. Perhaps some sort of jetstream is setting up a barrier at that latitude of 43 degrees.