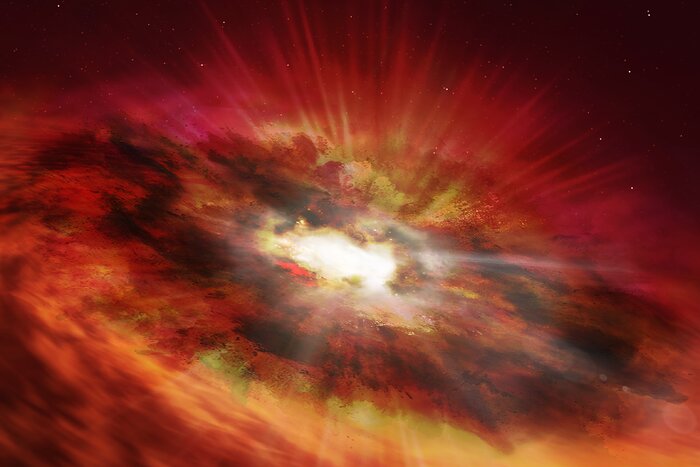 An international team of astronomers using archival data from the NASA/ESA Hubble Space Telescope and other space- and ground-based observatories have discovered a unique object in the distant, early Universe that is a crucial link between young star-forming galaxies and the earliest supermassive black holes. This object is the first of its kind to be discovered so early in the Universe’s history, and had been lurking unnoticed in one of the best-studied areas of the night sky.

Current theories predict that supermassive black holes begin their lives in the dust-shrouded cores of vigorously star-forming “starburst” galaxies before expelling the surrounding gas and dust and emerging as extremely luminous quasars. Whilst they are extremely rare, examples of both dusty starburst galaxies and luminous quasars have been detected in the early Universe. The team believes that GNz7q could be the “missing link” between these two classes of objects.