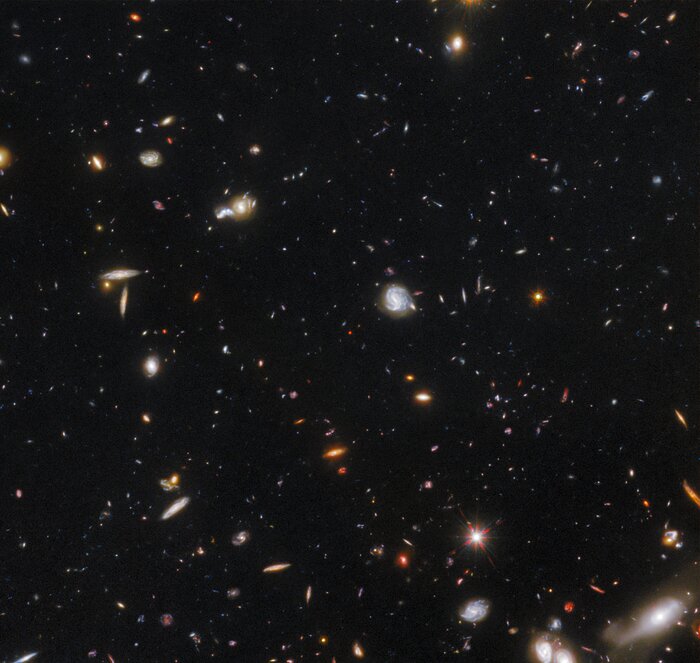 An international team of astronomers using archival data from the NASA/ESA Hubble Space Telescope and other space- and ground-based observatories have discovered a unique object in the distant, early Universe that is a crucial link between young star-forming galaxies and the earliest supermassive black holes. This object is the first of its kind to be discovered so early in the Universe’s history, and had been lurking unnoticed in one of the best-studied areas of the night sky.

The object, which is referred to as GNz7q, is shown here in the centre of the cutout from the Hubble GOODS-North field.