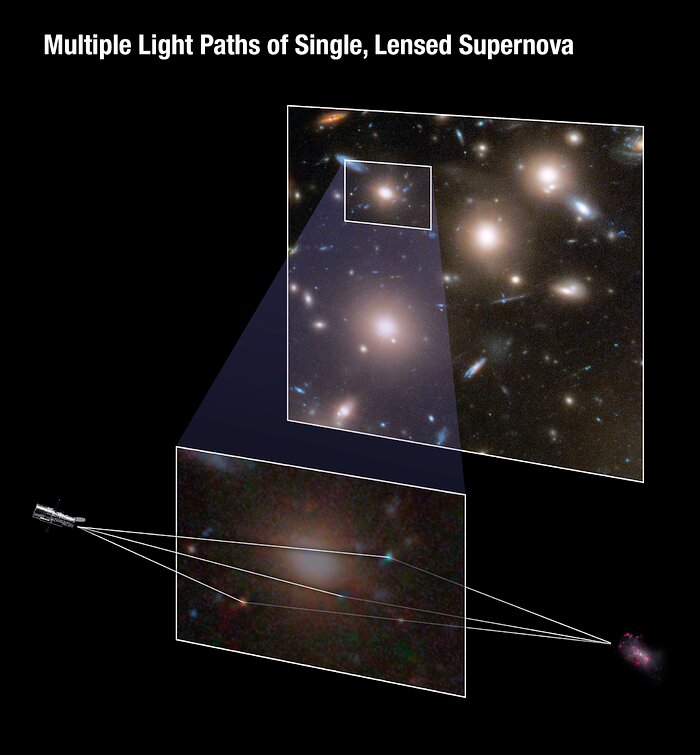 Through the phenomenon of gravitational lensing, the NASA/ESA Hubble Space Telescope captured three different moments in the explosion of a very far-off supernova—all in one picture! In this case, the immense gravity of the galaxy cluster Abell 370 acted as a cosmic lens, bending and magnifying the light from the more distant supernova located behind the cluster. The warping also produced multiple images of the explosion over different time periods that all arrived at Hubble simultaneously.

The top box shows a portion of Abell 370. The box-within-the-box marks the area where the distant supernova was multiply lensed. The bottom image is a magnified version of this area with the light paths marked for the three images of the supernova. The right side of the bottom image shows the distant galaxy in which the supernova exploded. The lines show how the light travelled through the gravitational lens, with some of the light taking longer routes across "valleys" of warped space. The warping produced three images of the explosion over different time periods that all arrived at Hubble simultaneously.