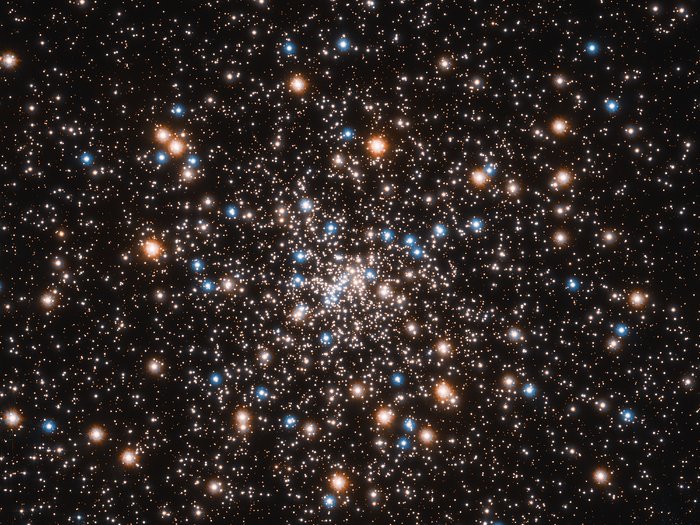 This ancient stellar jewelry box, a globular cluster called NGC 6397, glitters with the light from hundreds of thousands of stars.

Astronomers used the NASA/ESA Hubble Space Telescope to gauge the cluster’s distance at 7800 light-years away. NGC 6397 is one of the closest globular clusters to Earth.

The cluster’s blue stars are near the end of their lives. These stars have used up their hydrogen fuel that makes them shine. Now they are converting helium to energy in their cores, which fuses at a higher temperature and appears blue.

The reddish glow is from red giant stars that have consumed their hydrogen fuel and have expanded in size.

The myriad small white objects include stars like our Sun.

This image is composed of a series of observations taken from July 2004 to June 2005 with Hubble’s Advanced Camera for Surveys. The research team used Hubble’s Wide Field Camera 3 to measure the distance to the cluster.