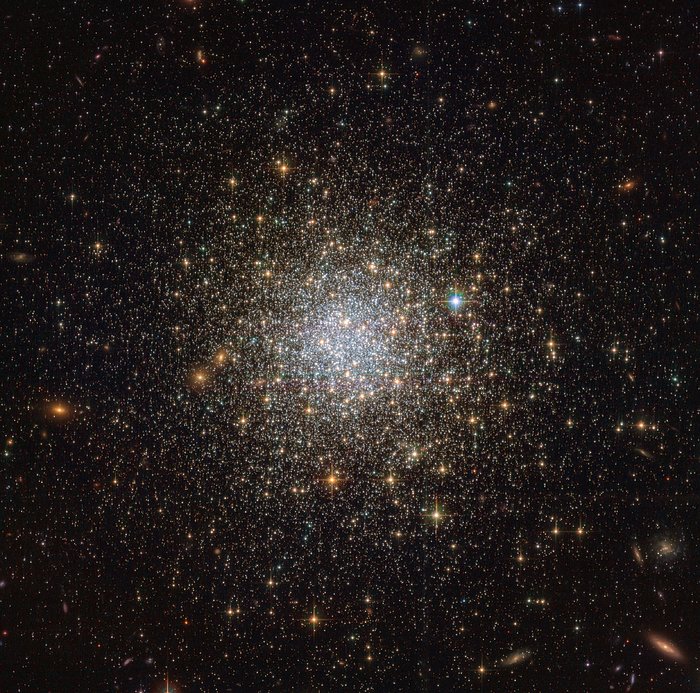 This image from the NASA/ESA Hubble Space Telescope reveals an ancient, glimmering ball of stars called NGC 1466. It is a globular cluster — a gathering of stars all held together by gravity — that is slowly moving through space on the outskirts of the Large Magellanic Cloud, one of our closest galactic neighbours.

NGC 1466 certainly is one for extremes. It has a mass equivalent to roughly 140 000 Suns and an age of around 13.1 billion years, making it almost as old as the Universe itself. This fossil-like relic from the early Universe lies some 160 000 light-years away from us.

NGC 1466 is one of the 5 clusters in the LMC in which the level of dynamical evolution (or "dynamical age") was measured.