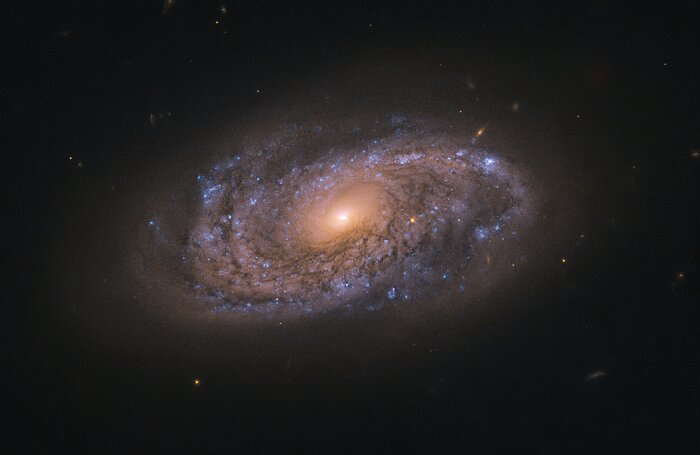 The blue speckles seen scattered across this galaxy are massive  young stars, which emit hot, blue-tinged radiation as they burn through their fuel at an immense rate. The swathes of orange are a mix of older stars that have swollen and cooled, and low-mass stars that were never especially hot to begin with. Owing to their lower temperatures, these stars emit a cooler, reddish, radiation.

This image of NGC 2906 was captured by the NASA/ESA Hubble Space Telescope’s Wide Field Camera 3, an instrument installed on Hubble in 2009 during the telescope’s fourth servicing mission. Hubble observed this galaxy on the hunt for fading light from recent, nearby occurrences of objects known as supernovae.