Return to the Veil Nebula 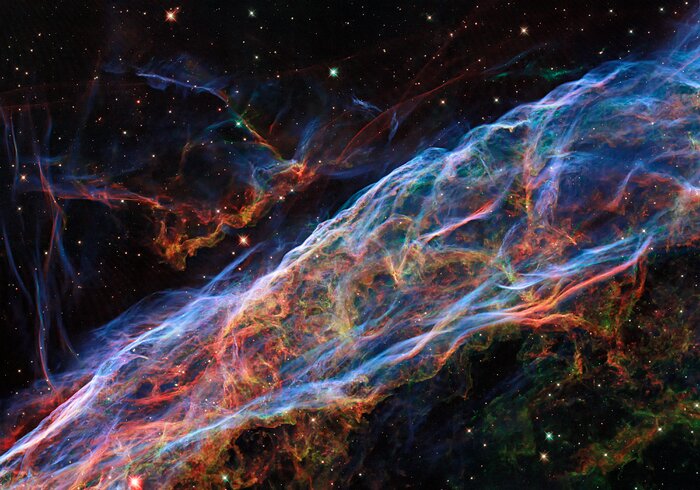 This Picture of the Week revisits the Veil Nebula, a popular subject for Hubble images! This object was featured in a previous Hubble photo release, but now new processing techniques have been applied, bringing out fine details of the nebula’s delicate threads and filaments of ionised gas.

The Veil Nebula lies around 2100 light-years from Earth in the constellation of Cygnus (The Swan), making it a relatively close neighbour in astronomical terms. Only a small portion of the nebula was captured in this image.

The Veil Nebula is the visible portion of the nearby Cygnus Loop, a supernova remnant formed roughly 10 000 years ago by the death of a massive star. The Veil Nebula’s progenitor star — which was 20 times the mass of the Sun — lived fast and died young, ending its life in a cataclysmic release of energy. Despite this stellar violence, the shockwaves and debris from the supernova sculpted the Veil Nebula’s delicate tracery of ionised gas — creating a scene of surprising astronomical beauty.