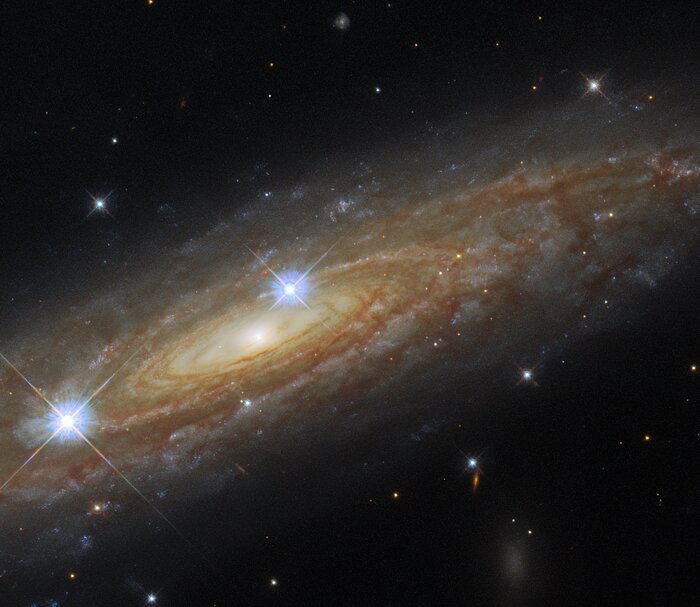 This astronomical portrait from the NASA/ESA Hubble Space Telescope showcases an edge-on view of the majestic spiral galaxy UGC 11537. Hubble’s Wide Field Camera 3 has captured the tightly wound spiral arms swirling around the heart of UGC 11537 at infrared and visible wavelengths, showing both the bright bands of stars and the dark clouds of dust threading throughout the galaxy.

UGC 11537 is 230 million light-years away in the constellation Aquila, and lies close to the plane of the Milky Way. Being so close to the starry band of the Milky Way means that foreground stars from our own galaxy have crept into the image — the two prominent stars in front of UGC 11537 are interlopers from within the Milky Way. These bright foreground stars are surrounded by diffraction spikes — imaging artifacts caused by starlight interacting with Hubble’s inner structure.